A month ago when I was packaging my stuff, I found a few papers with scribbled handwriting on it. Soon I remembered this, it was approximately 20 days before NCEE and I was writing something about my excursive moods. My way of writing is kinda strange, ‘cos I used almost all of the conjunctions we learned and I could still keep the subject in my control.

Now, as a digital backup, I typed it here. If you wanna read, then read, read it as a 17 year old boy’s moods. And if you wanna laugh, laugh, remember it was once something very serious. But keep silence, okay? I have nothing more to lose. What else did you expect me to say?

Some changes have been made to correct the grammar mistakes and misuse of words. Original handwriting has no title, and I name it What Else Did You Expect Me To Say by now.

Sometimes when I think about myself, I get an idea that I am too gooey at a “mind-grade". For each time she smiles, I become happy about it. And for each time that she slouches , I unconsciously get unhappy, both physical and mental.

That dates back to these sleepy afternoons in summer time of senior 1. There was always a untaken seat on the right side in front of me when the first class in the afternoon started. And she had always been the latest one to enter the classroom, with a red face proberbly due to the hot weather. The impression of a girl with a pony tail and a red face, a hurried look and a perfect voice then settled in my mind. As time went away, my attention turned into like, and finally love. That’s no the same with like, you know. Like is just a emotion makes you feel that she is really a good friend. Love, as you can see, is to take responsibilities to care about and help her, sometimes protect. This wonderful emotion remind me of the fact that I was no longer a child or a student who just care about himself.

Then, one day came that I and she would have to be separated by people in five rows for more than a week– nine days actually. There were only two experiences about this and they’ve been the most painful days in my life. I’ve been so sick through these days. I missed everything of her– her voice, her smile, her scent. Though there was only five meters between us, I felt a undesirable sadness settled in my heart. I must had peeked at her for more than fifty times a day. She’s so perfect. Fair, pretty, smart, lovely, all these words cannot carry my feelings about her. For me, she is actually the whole world, or just as Cummings wrote, “You are my fate.” Yeah, she’s my fate, I think. And sometimes I think I’m not good enough for her, so I dare not to let her know about my love.

When I write, there’s actually few things to write about, but when being separated, there would be so much to think about her. As separated, most of the time, I could only catch her profile. Due to my careful watching, I could even catch a most slight change in her eyes or on her face, but I don’t read minds . So I don’t really know how she think of me or whether she love me or not. As a result, I dare not to make it clear to her about my love.

Some adults call this “the puppy love”, as I know. I’m not quite sure about how this word come. The explanation of this word is “feelings of love that a young man has for somebody else and that adults do not think is very serious.” While someone may say it’s a lovely word, I’d declare that I think there’s a little problem in this explanation. What do the editors mean by saying “that adults do not think is very serious”? Actually I’ve known enough about my “feelings of love” after so many times of “self-asking”, I know that to love means to give, to care, and to take responsibilities to protect the person you love, and that “love” does not live only in the mouth or on the tongue, or just simply in the mind, love lives in life.

I couldn’t help to use the word “actually” for so many times, but I have to, for no word else could express my feelings. Actually, I know, or at least I think I know what gets in my way to declare my love. You see, there’s only over 20 days before the National College Entrance Exams, so, any emotional trouble is banned if you want to get into a college. Thus how could I put more pressure on her? What’s more, we’re “just” senior students in the adults’ eyes, and the so-called “puppy love” is not allowed, especially at the very key time of the senior year. Moreover, I’m afraid that I’m not able to care about and to protect her. Last but not least, the key sine qua non is that she shall also love me.

So, with all those above, what should I do? I know that as a so-called “good student”, I should put all of my heart into the boiling water of studying for the NCEE. But as one of my classmates once said, I am a “good-student-to-be”, or in other words, “to-good-student”, but not a actual perfect behaved “good student”. So, how could I make myself studying for over 20 days without thinking of “the other things”?

So, what a man is myself really like? As I write, there is sure to be a self-get-to-know. Gradually, a real image of myself appears. First of all, I’m over-sensitive. I may unconsciously spend much time analyzing even a most slight change on their faces or in their words. These surroundings affect me greatly. Though it’s usually done unconsciously, I sometimes can be aware of it, and I soon found out that I am too sensitive to other people’s attitudes towards me. Secondary, there’s always a feeling that I’m a little “self-lifted”. I myself create this word, which is supposed to express that I’m sometimes too confident about my achievement, and at other times, I’m unexpectedly negative about myself. Thirdly, though sometimes unwilling to accept, I’m a little selfish. I’ve thought about this part of my character seriously, and I’m on the way to give it up. Next, some people who have once talked with me may thought that I’m a advanced learner. They were wrong. There’s no doubt that I know almost everything, but only things on the surfaces. I’ve never been successful to learn any courses. Others think I’m well-learned because what I know are accidently what they’ve never heard of. Besides, I’m also a lazy man. Unless blamed, or I’ll never be active enough to put my things in the right places.

After seeing some of her photoworks, my confidence of being a photographer suddenly broke down. It was her own special view, her sensibilities of grasping the really important things in photography that made me astonished. I still remember well that with a multi-purpose mobilephone video recorder, I managed to make a fool of myself by testing it again and again just to get some non-human-viewed photos. On the contrary, when I tested her mobilephone camera, I was confirmed that no one could use a zoom in/out, nor could he change the size of the photo, not to mention some special visual effects. If it wasn’t because the scenery in these photos had been seen here in the country by my own eyes, I would wonder why she download so many photos without putting the artists’ names on them. Her image gets more clear in my heart then. She is surely not “just a pretty face”, but a 360°-interests-grown creative, pretty, fair, considerate girl who always loves life, cares about others and looks for beauty in everyday life. 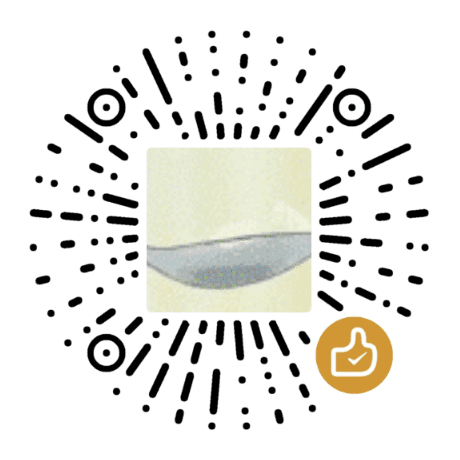